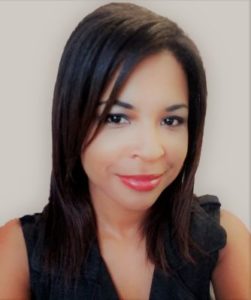 Director of Planning and Development

Ashley Currence is a proud graduate of Malone University located in Canton, OH. There she earned the honors of All-American, was a multi-year National Champion in track and field, and in 2008 she obtained a Bachelor of Arts degree in English. In 2013, Ashley participated in the Malloy College Spanish Literature and Culture Summer Institute in Long Island, New York and in 2014 obtained a Master of Arts degree in English Language and Literature from Northwestern State University. Ashley is a graduate of Faulkner University where she obtained a Doctor of Philosophy in Humanities with a concentration in English Language and Literature.

A life-long Stark County resident who began her experience in the government sector in 2007 as an intern in the Department of Legislative Affairs at the American Kennel Club located in Raleigh, NC, Ashley holds over 12 years of technical writing, public relations, marketing communications, web development and management, and print and digital design experience. With previous positions at the Stark County Board of Commissioners and City of Canton Mayors’ Office, Ashley possesses an extensive background in government relations and compliance.

In 2014, Ashley joined Stark Metropolitan Housing Authority and in her role as Director of Planning and Development she strives to lead the effort to plan and develop rehabilitation and new construction projects to better the lives of the residents in Stark County.  Ashley works closely with the Executive team, staff, governmental agencies, and community organizations to secure funding, build partnerships, and develop long-term development strategies to ensure the sustainability and viability of SMHA’s housing portfolio.

Ashley serves as Vice President of the Lake Senior Housing Board, is Secretary of the Hunter House, LLC Board, and Secretary of Progressive Housing Solutions Inc. She is a Rotary member and serves on the Canton Regional Chamber Legislative Affairs Committee.  A published novelist and poet, Ashley has written articles for several magazines, scholarly journals, and fiction anthologies. She, along with her 10 year old daughter, actively participate in volunteer and community-based activities in the Canton community. 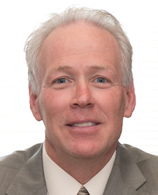 Jeff Patterson is a Certified Public Accountant (CPA-inactive status), licensed in the State of Ohio. He earned a Bachelor’s Degree in Accounting and a Master’s in Business Administration from Youngstown State University.

He began his career in the for profit business sector. During this time, he excelled and held positions such as Operations Manager and Vice President for The Sports Cage, Director of Administration for Vertex Development Corporation and Controller and Secretary / Treasurer for Truck World Incorporated with sales in excess of 60 million. From there, he moved over to the Mahoning-Youngstown Community Action Partnership (MYCAP), a 501( c )3 nonprofit, as the Fiscal Director. MYCAP received federal and state dollars totaling 16 million to assist income eligible residents of Mahoning County, Ohio with a variety of programs (Head Start, Early Head Start, Community Services Block Grant, Low Income Home Energy Assistance Program, Home Weatherization Assistance Program etc.). He then joined Applied Systems and Technology Transfer, LLC (AST2), a startup for profit entity, as the Finance Manager. AST2 is a small business designated HUBZone Contractor by the U.S. Small Business Administration (SBA), providing professional services to both government and commercial clients.   At the same time he was employed by AST2, he also worked as an independent contracted financial consultant for Danya International. In this capacity, he worked as part of a team reviewing Head Start and Early Head Start programs across the country, responsible for the reviewing financial compliance with Health and Human Services – Office of Head Start regulations. 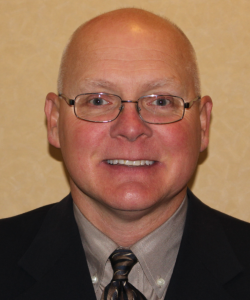 Kevin Schaack joined the Stark Metropolitan Housing Authority (SMHA) staff in May of 2017. Kevin has over 20 years of Human Resources experience in the private and public sector. Kevin holds certifications as a Senior Certified Professional (SCP) from SHRM and a Senior Professional Human Resources (SPHR) from HRCI and is involved in Stark County SHRM. Kevin has served as the Chairman of the Board for the Lake YMCA in Hartville and currently sits on the board at the YMCA in Hartville in Stark County. Kevin and his family live in the Uniontown, Ohio area. Kevin has his Bachelor’s degree in Management and Human Resources from Minot State University in North Dakota. Kevin is responsible for all Human Resources and Risk Management with SMHA. Kevin is tasked with establishing culture and takes great pride in a servant mentality when it comes to employee relations. 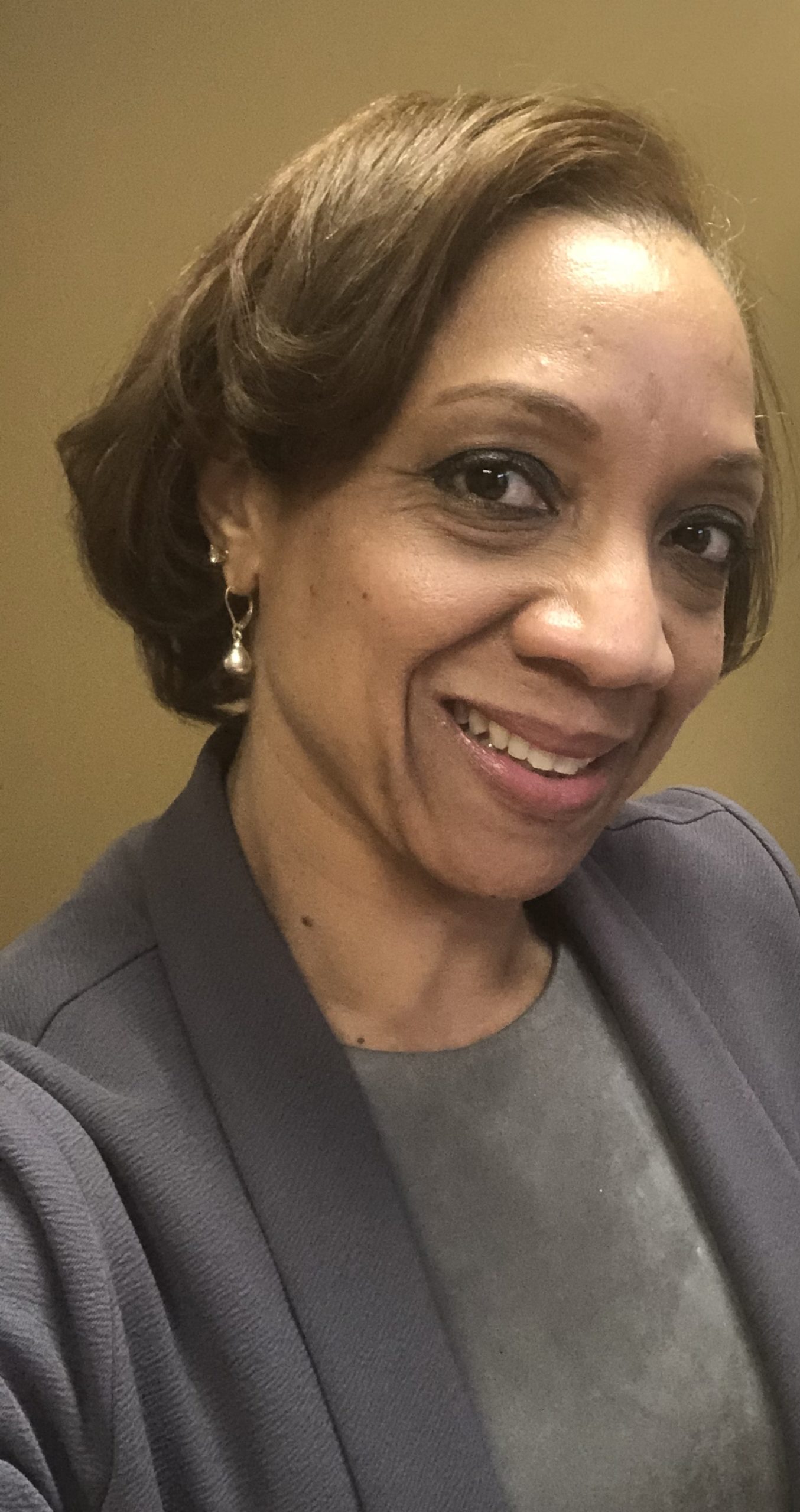 Director of Resident and Community Services

Milistine Tatum is a native of New Orleans and a proud graduate of Xavier University of Louisiana. Milistine received a Bachelor of Science in Psychology with a minor in Social Work. She was recruited to attend graduate school at the University of Akron earning two masters: Master of Arts in Geography with a concentration in Planning and a Master of Public Administration.

Milistine’s experiences include all facets of grant management and implementation, program monitoring and compliance, budgets and reporting, program evaluation, and building relationships with community stakeholders.

She has served on several boards in Summit County and volunteered with many community and civic organizations. Milistine is a life member of Alpha Kappa Alpha Sorority, Incorporated. 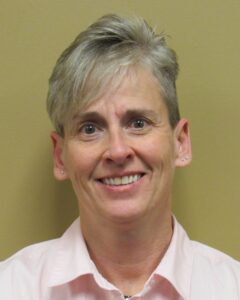 Pamela Gowen joined the Stark Metropolitan Housing Authority (SMHA) staff in February of 2020. Pam has over 30 years of Law Enforcement experience.  She retired from the Ohio State Highway Patrol in 2018.  She held the titles of State Trooper, Assistant Post Commander, and Criminal Investigations Supervisor.

Pam also served ten years with the Ohio Army National Guard. Her educational background includes an Associate’s Degree in Applied Science, and a Bachelor’s Degree in Criminal Justice.  She is currently pursuing her Master’s Degree in Public Administration of Emergency Management. 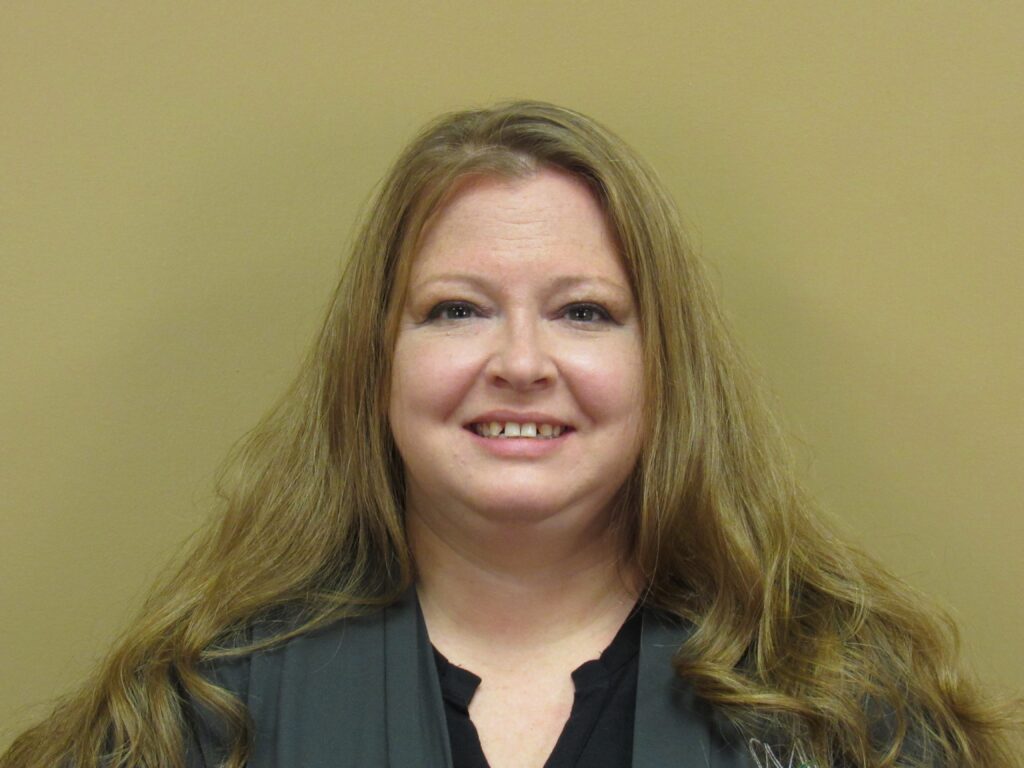 Meghan Vetrone joined the staff of Stark Metropolitan Housing Authority (SMHA) in September of 2008 as a Management Clerk.  From there, she has worked her way up, holding positions which include Assistant Property Manager, Property Manager, AMP Leader, Senior AMP Leader, and now Director of Property Management.  During her time with SMHA she has also earned several certifications which include Public Housing Management, Maintenance Management, Multifamily Housing Specialist, and Fair Housing Specialist.  A graduate of Fairless High School, she also attended Stark State and Kent State, earning an Associate’s Degree in Business Management.  Meghan and her family reside in Navarre, Ohio. 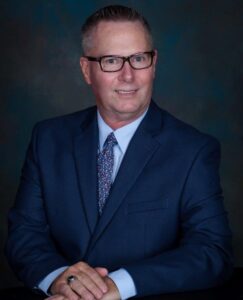 Jim Winston joined the Stark Metropolitan Housing Authority (SMHA) staff in January 2021.  Jim has 20 years’ experience in public housing and over 20 years in the private sector as it relates to property management and maintenance.  While serving with the Youngstown Metropolitan Housing Authority (YMHA), Jim held the following positions:  Project Manager for Development/Construction; Superintendent of Maintenance; Internal Auditor, Security and during his last 5 years with the agency he served as the Director of Operations.

Jim served the Youngstown community by serving on the Executive Board of the Continuum of Care for the homeless and was the Chairman of the Board for the Tri-County Crime Stoppers.  Jim has an Associate’s Degree in Business Management from Youngstown State University.

Jim’s expectations for himself and his staff are:  “To perform our functions daily with open and honest communications, pride, commitment, leadership and ownership.  To not only uphold the integrity of the Authority, but to also move forward collectively as a team in a respectful manner.  To better serve our community and therefore become a ‘Premiere Housing Authority.’”